To demonstrate the Vermi composting practices to farmers of our district, we had developed one Vermi Compost unit. Pakka and Kaccha bed of 75-90 cm wide have been constructed. 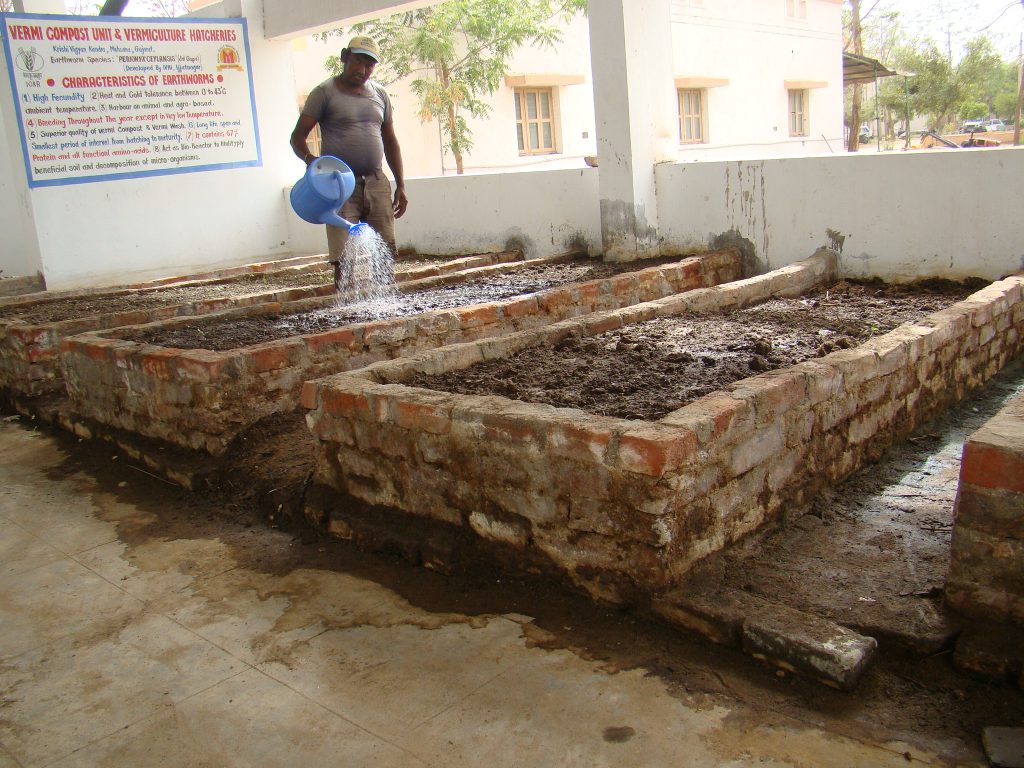 Vermicomposting, or worm composting, turns kitchen scraps and other green waste into a rich, dark soil that smells like earth and feels like magic. Made of almost pure worm castings, it’s a sort of super compost. Not only is it rich in nutrients but it’s also loaded with the microorganisms that create and maintain healthy soil.

Clemson University Extension lists the following benefits of vermicompost in their article on worm composting:

The Right Worm For the Job

“A worm is a worm is a worm” may sum up your thoughts on the subject, but all worms aren’t created equal. Don’t try using your garden-variety night crawlers. They need to worm their way through dirt to eat and survive and don’t dine on organic waste. Most of the smaller worms found in your landscape are also not suitable. Most of them are likely to be Lumbricus terrestris. The essential difference, besides adaptability, is that L. terrestris is a deep-soil dweller (as its name suggests), while worms for vermicomposting are litter-dwellers that neither need nor want several feet of earth in which to delve.

The worms needed for composting are Eisenia foetida, also known as red wigglers, brandling or manure worms. E. foetida will eat its weight in garbage every day, reproduce prolifically, and survive a variety of feeding conditions. Lumbricus rubellus (manure worms) will also do well in composting bins. Ordering worms from a dependable supplier will ensure that the worms in your bin will survive and perform the task you provide them.

How many red wigglers will you need? Some vermiculture experts recommend a one-to-one ratio: one pound of worms, approximately 1,000 worms, to one pound of garbage added daily. Mary Appelhof, also the author of Worms Eat My Garbage, recommends two pounds of worms for every pound of garbage.